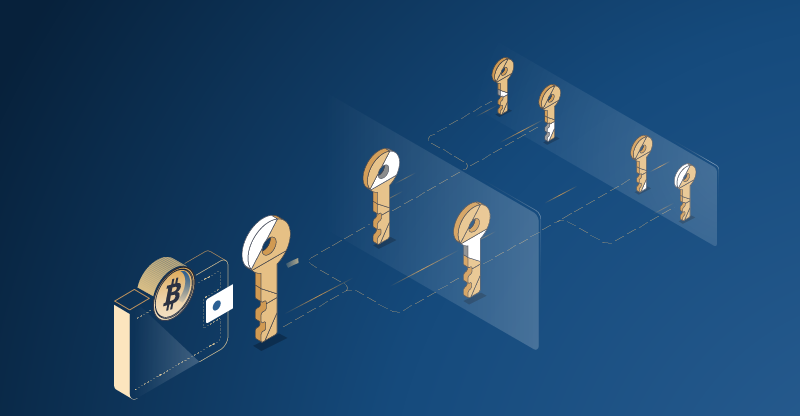 In Bitcoin and other cryptocurrencies, the use of hierarchical deterministic wallets (HD wallets) is a widely accepted practice. Loosely speaking, such wallets work by having a single master key (or master secret) and then deriving all keys from the master key. There are two types of derivation:

As described in the motivation of BIP032 derivation “the motivation for hardened derivation is to enable users to back-up a single master secret and then derive as many keys as needed without requiring any further back-up”. This is extremely important since one of the dangers of cryptocurrencies is that if a key is lost, then all assets protected by that key are permanently lost. Furthermore, the motivation for normal derivation is to enable the controlled sharing of addresses in an unlimited way. It is possible to give someone an address and have them use normal derivation many times, in order to achieve separation of accounts and the like.

It is possible to give someone an address and have them use normal derivation many times, in order to achieve separation of accounts and the like.

When secure multiparty computation is used to carry out signing for digital assets, no single machine holds the entire private key. Rather, it is shared amongst multiple entities, and each party holds random garbage that is meaningless by itself. In this situation, HD derivation becomes problematic. It is, of course, possible to use MPC to carry out all derivations; however, this can be quite expensive. Note that special-purpose MPC protocols for signing exist that are very efficient, and although it is possible to carry out derivation completely in MPC, the protocols for these are more expensive. Indeed, with two parties, there are good protocols. However, as the number of parties increase, the MPC protocol for derivation becomes significantly more expensive.

Despite the above, there is a very simple solution to this problem of managing HD wallets in MPC in a commercial setting. We consider each type of derivation separately:

In summary, the desired effect of hardened derivation can be supported in MPC deployments in commercial settings by using a system that supports backup of every key generated, and this behaves exactly as hardened derivation does in HD wallets. Furthermore, normal derivation is fully compatible with MPC deployments and incurs zero computational cost. Thus, MPC implementations are fully compatible with HD wallets in practice.

Prof. Yehuda Lindell
Yehuda Lindell is a professor of Computer Science at Bar-Ilan University, and a cryptographer with expertise in secure multiparty computation (MPC) that forms the technological core of Unbound’s solutions. Yehuda served as the Chief Scientist of Unbound from its inception until February 2019, when he took over the role as CEO.
Test label