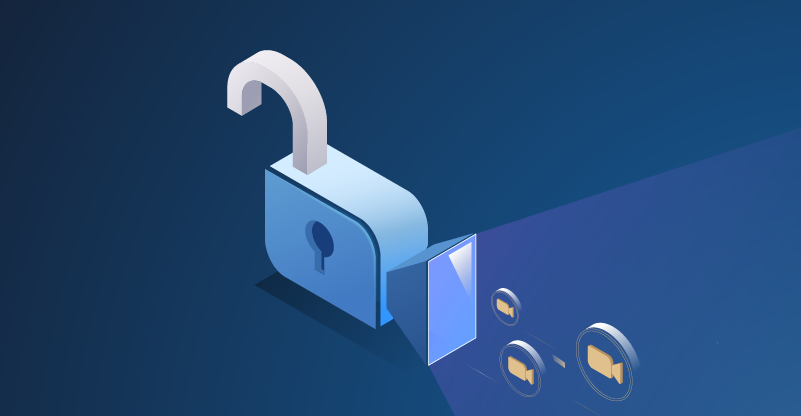 Cryptographic experts explain the encryption protocols Zoom uses for its record 220 million users, and what they mean for cybersecurity in the age of work-from-home and coronavirus.

In April 2020, over 4 billion people are under a form of shelter-in-place or stay-home orders worldwide due to the coronavirus pandemic.[1] With work-from-home as the new normal, videoconferencing application Zoom has become the preferred platform – experiencing a spike from an average of 10 million to 200 million daily users in March[2]. This is no coincidence; the overall user experience of Zoom is fantastic. It is easy to use, and just works (at least, in the subjective opinion of the authors).

With great ubiquity comes great risk, however. As co-workers openly share documents, presentations, and company strategies, the rich bevy of confidential information at hand has made Zoom an especially attractive target.

With Zoom’s growing popularity comes greater scrutiny, both from cybersecurity professionals, as well as from criminals and mischievous students. A new term, called “zoombombing,” is where unauthorized participants show up uninvited. The result of such an attack can range from stealing company secrets to presenting inappropriate material.

Zoom itself has acknowledged its privacy and security issues,[3] including passing along unnecessary information to Facebook and LinkedIn, issues with Zoom for Mac, UNC link issues, and a widely publicized controversy around Zoom’s encryption practices.

This article will explore the Zoom encryption practices in order to help clarify what the issues are.

Confusion (and even anger) began with Zoom stating that their platform used “end-to-end encryption,” a statement the company later acknowledged was misconstrued based on “a discrepancy between the commonly accepted definition of end-to-end encryption and how we were using it.”[4]

In practice, Zoom encrypts meetings unless one of the following conditions is met:

It certainly makes sense that encryption is not used in the first case since a regular phone line would not be able to decrypt the communication (it is using a different infrastructure without access to the keys). In the second case, this could be solved, but would introduce quite significant key management difficulties in the case that the recording is uploaded to the cloud. However, it is unclear why encryption is not used when the recording is stored locally by the host.

However, regardless of whether or not the call is encrypted, cryptographers criticize Zoom’s use of the term “end-to-end” (E2E) encryption term for a simple reason: the encryption is simply not end-to-end. That is, Zoom’s servers have access to the encryption keys, and may decrypt them at their discretion.[5]

Note that Zoom’s servers do not decrypt the traffic (according to their reports), but the mere fact that they can means that end-to-end encryption is not being used. On the positive side, the infrastructure set up by Zoom whereby their servers do not need to decrypt the traffic means that they should be able to roll out true end-to-end encryption without too much difficulty. This is a far better situation than a vendor who needs to decrypt on the server in order to mix the different streams together. If Zoom were to work in that way, they would need to completely change their infrastructure in order to deploy end-to-end encryption.

This is good news: it shows that the basic infrastructure design used by Zoom is good, and gives us hope that they will be able to roll out end-to-end encryption soon.

ECB Encryption – What is that and why should we care?

Symmetric encryption, as used to protect the actual data being sent in Zoom, is a combination of a block cipher used in a specific mode of operation. A block cipher is a cryptographic function that takes a block of data and scrambles it in a way that is not reversible.

When building secure encryption, one of the main questions is how to apply the block cipher, and this method is called a “mode of operation”. Zoom uses the simplest mode of operation, called Electronic Codebook (ECB) mode. In ECB mode, data is divided into blocks, and each block is encrypted separately by simply passing it through the block cipher, as shown in the diagram below.

Unfortunately, ECB is not a secure way of encrypting, and using ECB mode is a rookie’s mistake. In order to see why, notice that blocks of the same data are always mapped to the result. This can leak a lot of information, as shown in the encryption of the famous Linux penguin below:

Cryptographers have been debating whether ECB mode in the context of Zoom conference calls really does or does not leak actual information. However, this really isn’t the point. The problem is that ECB is known to not be secure by anyone who has even the most basic knowledge of cryptography and encryption. Thus, the use of ECB by Zoom just looks very bad, and gives the impression that no one at Zoom has even basic expertise.

Having said that, this is extremely easy to fix, and so we can hope to see this being updated very soon.

With Zoom’s explosive popularity has come great scrutiny regarding its security, as well as a slew of attacks. The interesting question is not how well Zoom did in the past, but how well with they do in fixing the problems now uncovered.

The good news is that Zoom’s basic infrastructure is well designed and can support strong end-to-end encryption. The bad news is that some of their mistakes show a lack of basic understanding of cryptography and security.

Fortunately, these can be fixed, and if they do and show that they are now taking security seriously, this will be the result that we will all benefit from.

[4] “The Facts Around Zoom and Encryption for Meetings/Webinars.” Zoom Blog, 2 Apr. 2020, blog.zoom.us/wordpress/2020/04/01/facts-around-zoom-encryption-for-meetings-webinars/.